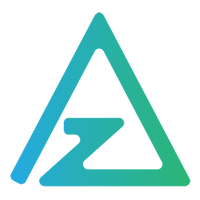 Staking is like giving lottery tickets to a stake pool. Each ADA is worth a certain number of votes. The more ADA that has been delegated to a pool, the more "lottery tickets" it has, which leads to a greater chance to "win" the chance to mint a block.

When you delegate, you are NOT actually sending your ADA. There is ZERO chance of you losing your ADA. You are simply giving chances to the pool to win slots, and assuming the stake pool server mints the block, then everyone gets rewards.

Additionally, rewards are BUILT IN to the Cardano protocol and AUTOMATICALLY distributed. Stake pool operators have zero influence over this. Assuming the pool is functioning well, delegators will get rewards.

Why don't I see my rewards from delegating to you?

When you delegate for the first time, it takes 3-4 epochs, or 15-20 days. After that, rewards always trail the current epoch by 2 epochs. Using sites like pooltool,  cardanoscan, adapools and poolrank can help you see the rewards and understand when to expect them.

Rewards are built into the Cardano protocol itself. The stake pool operators don’t control or distribute it, it just happens automatically. You will not lose rewards by moving your delegation to AZUR. Your rewards for the old pool will pay out over the two epochs and then Azure's will kick in.

is it safe to stake my coins?

Staking your coins is safe. In fact, your coins will never leave your wallet. You stay in total control of your investment. You can stop delegating them to us anytime you want.

Can I change the pool that I delegate to?

Yes, you can delegate to a different pool any time. Just keep in mind it can take up to 20 days for the rewards to reflect that. Rewards trail active epoch by 2 and it can take up to 2 epochs for your delegation to get counted at new pool. You'll always be making rewards though as long as you stay delegated to a pool that is performing well and gets assigned block.

How do you compare to the top 10 Daedalus wallet ranked pools?

Well, we’re glad you asked! The Daedalus pool ranking has been hotly contested… it had been largely random, then  was somewhat more accurate only for the “top” 150 pools and now for the top 250. For the longest time it did not factor in saturation and the ranking at this point is still contested in the stake pool operators community. Still, it is a metric many delegators use when deciding which pool to stake to.

The following data will obviously change over time, but as of writing this (11/17/2020, epoch 230) we rank #1, #2, and #5 on the most popular ranking sites. When we analyzed this last time in September, we were ranked #5 on adapools.org and our performance has improved over time. As you can see, you don’t need to delegate to a top 10 pool. With awesome performance and our stellar team and infrastructure, you can feel comfortable staking with AZUR pool.

What is the best strategy to choose a stake pool to delegate to?

To explore these things in more detail, head over to our Infrastructure Page.

Where can I learn more about the stake pools?

There are some fabulous tools out there to help you analyze stake pools. The main players are pooltool, cardanoscan, adapools, and poolrank.

Some of these do not rank pools themselves, but let you explore them according to different criteria and decide for yourself.

Did AZUR participate in the ITN (Incentivized Test Network)?

Yes, AZUR is one of the stake pools that participated in the early testnet. As we mentioned elsewhere, we have been Cardano fans since 2017 and jumped in with both feet early in the ITN. Many, many hundreds of hours have gone into learning, prep, building, testing, validation, debugging, and soothing our wives and significant others who have missed us ;).

Isn't using a public cloud going against the goal of decentralization?

Some would argue that using a public cloud such as Azure, AWS, Google, etc., goes against the blockchain goal of decentralization. And, if everyone used the same cloud, they might have an argument. But the fact is, as pool operators who have been involved in both the Incentivized Test Network (ITN), the Shelley testnet and now mainnet, we have seen operators using everything imaginable, from bare metal servers at their home, private data centers at their place of business, cloud service providers, to Raspberry/Rock Pi devices and even a mobile phone.

There is a robust, decentralized infrastructure out there, and we choose to run on part of it. As mentioned in our infrastructure page, the Azure cloud has over 150 distinct data centers (think really large building that are 30 or more miles away from each other) around the globe. That alone is a pretty good stab at decentralization. When you add up all of the the others, Azure-based pools make up only a small percentage. As it stands, we’re only aware of about 5-10 other Azure-based pools (but there are no doubt more that we’re not aware of).

Using Azure gives our contribution an incredibly robust and dependable infrastructure upon which to contribute to Cardano.

Are you a mission-driven pool, or otherwise donate to charitable organizations?

We don't advertise our pools as mission driven, as we feel in many cases this can be a gimmick to try to win delegators and there are documented cases of fraudulent claims of such. Our 5 pool members each have their own individual charitable donations they feel strongly about. These include causes such as:
Scroll to Top